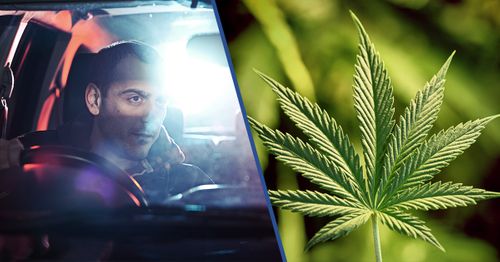 CAN YOU GET A DUI FOR DRIVING WHILE HIGH?

EVERYONE KNOWS THAT YOU CAN GET A DUI FOR DRIVING DRUNK, BUT CAN YOU STILL GET A DUI IF YOU’RE HIGH?

It’s a common misconception that you can only get a DUI for driving drunk. DUI literally means driving under the influence, and being impaired doesn’t always necessarily mean by alcohol. When Amendment 64 was passed in Colorado in 2012, recreational marijuana became legal, but, regardless of whether marijuana is legal or not, you can still get a DUI for driving while impaired by marijuana, or any drug for that matter, prescription or not. The laws about driving under the influence of alcohol are pretty clear and well known, but as legal marijuana is still fairly new in Colorado, many people need some clarification. That’s why our DUI lawyer in Fort Collins has come up with this list of commonly asked questions about driving while high:

WHAT IS THE LEGAL LIMIT FOR MARIJUANA IMPAIRMENT WHILE DRIVING?

In some states, if you are under the influence of any amount of marijuana while driving, you could get a DUI, but here in Colorado, you have to have at least five nanograms of active tetrahydrocannabinol (THC) in your blood to get a DUI.

HOW DOES LAW ENFORCEMENT TEST FOR MARIJUANA?

Many of the law enforcement officers in Colorado have been trained to watch out for the signs of marijuana intoxication, and some officers have trained in Advanced Roadside Impaired Driving Enforcement (ARIDE). Law enforcement agencies across the state also have Drug Recognition Experts on their staff.

These are essentially four different types of tests that can detect marijuana in the bloodstream: urine tests, hair tests, saliva swab tests and blood tests. Hair and urine tests will only detect the byproducts of marijuana that are left over after breaking down THC, which limits Colorado law enforcement to blood and saliva swab tests. Blood tests are the most commonly used for detecting marijuana. Unfortunately, blood tests are still imperfect, since marijuana can stay in the bloodstream for a long period of time.

DOES THE LAW APPLY TO PEOPLE TAKING MARIJUANA FOR MEDICAL REASONS?

Regardless of whether you are taking marijuana for a recreational reason or a medical reason, you should never get behind the wheel when you are impaired. After all, people who are under the influence of prescription drugs can still be charged with a DUI in Colorado, and the same goes for people who are taking medical marijuana.

IS IT LEGAL TO HAVE MARIJUANA IN YOUR VEHICLE?

Whether you’ve been charged with a DUI for marijuana, alcohol or prescription drugs, the penalties can be severe. Having an experienced DUI lawyer on your side can help to protect your future against the penalties of a DUI. Take the first step to getting the representation you need by turning to Vahrenwald, McMahill, Massey & Mitchell, LLC in Fort Collins. Contact us today.